Premier League side Swansea City received a boost in funds when they sold star man Gylfi Sigurdsson to Everton for £45 million last week. 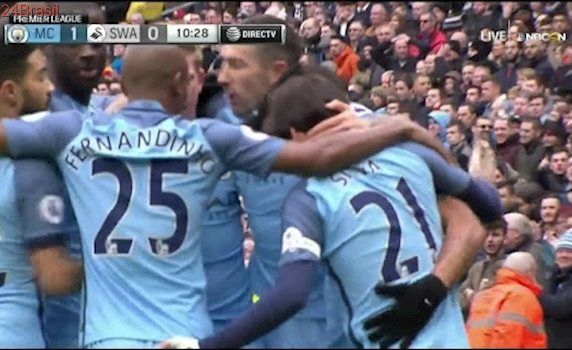 However, with the summer deadline eight days away, there are fears that they might not be able to get the needed replacement on time.

Manchester United coach Jose Mourinho even waded in, advising the team to spend the funds on more players. Mourinho’s men defeated The Swans 4-0 in the first game following Sigurdsson’s sale. The team might see more losses this term if they fail to reinforce.

“I hope that the £45m is to spend, he [Coach Paul Clement] did good work last season. He has a point after two matches, one of them against one of the top six or seven teams so it is not a drama, so keep going,” the Portuguese said.

Swansea tried to stop the Red Devils after the 1-0 scoreline but three quick goals drastically changed the end result. While their defense was struggling to keep out the attack of United, their forwards were very unproductive. They recorded just one shot on target like the blunt attack that played a goalless draw against The Saints.

Regarding the lack of goal scoring opportunities, Swansea defender Federico Fernandez says the return of striker Fernando Llorenteto the team would help.

“If we can service Fernando upfront with crosses, he is a different type of player for us. If he’s ready and he can join us, he can help….we need to score to take points, to win games,” he opined.

The frustration is beginning to build up ahead of the trip to Crystal Palace on August 26. Two or three players are expected to join them ahead of the deadline.

A former Everton and USA striker Landon Donovan, who owns minority shares at the club, has said that the club has money to spend to an extent. He opines that if “the right deal” comes at “the right time” one or two players would join in the following weeks.